You are here: Home / A WORLD BEYOND CASINO CAPITALISM

Karl Marx viewed history as a teleological progression from tribalism to feudalism, from feudalism to capitalism. Then from capitalism to communism. He considered capitalism as a transitory system of production, a stepping stone to the exaltation of the working classes. Whereas free market exponents since Adam Smith have expressed capitalism as being synonymous with human nature itself. 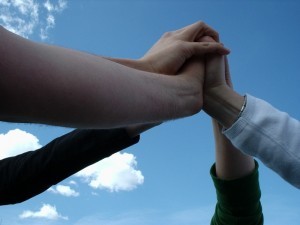 Today capitalism is enduring a crisis of liquidity and confidence. The success of capitalistic structures in generating wealth has instilled in us an insatiable desire for economic growth and consumption. In a planet of 7 billion inhabitants, 90 per cent of its total wealth and resources are owned and controlled by a thousand people. A child dies every 20 seconds because of hunger. One in five of our fellow global citizens has no access to clean water or medical facilities. Two billion people live today on only a dollar a day.

I am a self-made man. I have received some of the fruits of the system through struggle, hard work and innovation. It is a long dark, lonely road from the comprehensive school I went to in London’s Broadwater Farm, one of the UK’s most under performing schools, to economic and academic success. If one is not born rich, the only way to become rich is by convincing institutions in the banking system that you are a risk worth taking. Financial institutions have radical influence over our lives. They determine who will become rich and powerful, what ideas will manifest into reality, and what buildings we will live in and products we will buy tomorrow. The failure of the banking system means the failure of the capitalist system. So much so that in the recent credit crisis countless billions of taxpayers money were used to stop the major banks collapsing.

I have always wondered, before when I had no money and now I have plenty, how anybody can be satisfied with the world order of things. We have inherited a planet richer in resources and food producing potential than we could ever imagine. Yet in the time you have read to this point in this chapter of my book three innocent children would have died starving. The system is founded on the survival of the fittest. Not the most spiritual minded, not the kindest, not the most compassionate.

In my first ever Economics lecture as a teenager, I was taught that resources are scarce. That this limited resources had to be allocated through demand and supply. But in my perception we have an abundance of resources. We can never all be equally wealthy. But I will never agree with the global economic position. No child needs to starve. No fellow human needs to be without clean water, medicine or education. Nobody needs to live in poverty. Nobody needs to be homeless.

This is a global casino economy. Billions unmoved by buttons. Billions exist only on computer screens. And the entirety of the global financial derivatives markets are underpinned by a plethora of ifs, buts and maybes. Yet behind this game of minds, the working classes must physically produce foods or us to eat, somewhere for us to live, and all the other physical things we need to sustain our existence. For all my creative entrepreneurialism somebody still has to have laid the bricks in the buildings I own, to repair the electrics and do the plumbing.

The dismantling of Britain’s heavy industry has lead to decline in working class pride. The worker, the producer is denied his or her rightful place in the creation of wealth. As the translator of ideas into something tangible. Survival of the fittest type economics has led to a contemporary society obsessed with the price of things rather than value. So much so that economists have become wholly wrapped up in the idea that the only yardstick for economic progress is growth in GDP. People have become disconnected from the system. A system led by career politicians which conceives us as numbers on a computer screen rather than thinking, feeling human beings capable of pain and suffering. There is no macroeconomic indexation for quality of life or social or individual happiness

We must evolve a vision not only of refining capitalism but of looking beyond it. The concept of recycling and reusing things for another purpose other than that for which an item was originally produced proves that resources are in a sense infinite rather than finite. Ten years ago I spoke of the need for a ‘gentle ‘revolution’ in human consciousness. The rekindling of innovation must lead not only to greater consumer choice but more possibilities for worker participation in the growth of ideas

We must move to a new system of economic thinking which focuses on abundance rather than lack. On sustainability rather than an economic growth conceived purely in material terms. A system which resonates the beauty and richness of our planet rather than human imposed limitations. Corporate and social responsibility must evolve into collective community action. The resources the corporate world currently dissipates in competing with each other could be better directed into resolving common challenges and developing common goals.

Beyond this form of casino capitalism exists the spectre of a more ‘wide awake capitalism’. Defined by a higher social and economic purposes which aligns all stakeholders, including trade unions and industry behind a sense of understanding that there are beneficial interests and higher objectives in common. Driven by a conscious leadership oriented towards the service of people and community. The aspiration for power and personal enrichment to be replaced by the motivation to create a better society, a better world, and higher quality of life for us all. Can we really continue with a mode of economic thinking which permits big business to cull the rain forests in the name of profit maximisation? Where the success of an economy is measured only by how many people it makes rich rather than how many it brings out of poverty and economic hardship?

“Thousands of candles can be lit from a single candle, and the life of the candle will not be shortened. Happiness never decreases by being shared” Buddha Greek Orthodox Easter celebrations culminate in the manifestation of the Holy Fire at the end of midnight mass. The head priest would declare … END_OF_DOCUMENT_TOKEN_TO_BE_REPLACED

For inquires or to contact me with any questions regarding this website, please complete the quick … END_OF_DOCUMENT_TOKEN_TO_BE_REPLACED