You are here: Home / Spiritual Evolution 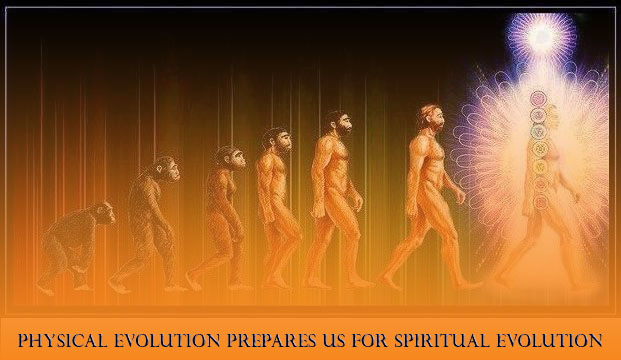 In the same way that technology is enabling is enabling us to live more productively and abundantly, so is our accelerating spiritual evolution unfolding the prospect of the greater life.

We our evolving not only biologically but spiritually. The advancement of science, particularly quantum physics, is confirming the fact that we, that all is energy. That our world is one of endless parallel worlds. And the fundamental interconnectedness of everything. Everything is composed of the same atoms, molecules and particles. Ancient healing modalities which were once ridiculed are now treated with scientific curiosity if not validity. And are used in some form by the majority of people alive.

It is not that we are all living this greater life, but certainly many more of us have the potential to do so. The advent of the Internet and the accessibility of air travel has made possible a deluge of global information. There are far fewer secrets now.

Spiritual evolution presupposes that humanity is progressing. Not in a straight line. But that every step back, is accompanied by two steps forward.
The same human family which gave birth to MotherTheresa also produced Adolf Hitler. And the same human race which may be sleepwalking into Armageddon will be the same one that will know a ‘golden age’ again. Within the seed of our development lie both sides of the equation.

Understanding and accepting the process of spiritual evolution would have profound consequences on our world view. It would transform political and socio-economic thinking. We need to recognise that our scientific revolution is in fact a by product of our spiritual evolution. And generation after generation, our capacity to exceed the physical and mental constraints set by the generation before us is crystal.

We have made remarkable strides. We have technology which offers possibilities inconceivable to the generation before us. And with the unfolding of the microchip, nanotechnology and robotics our children will live in a world we cannot even imagine.To the extent that even physical immortality will be within the sphere of availability to the forthcoming generations, according to the leading anti-ageing researchers.

In 2014 there is little or no justification for the sheer extent of poverty and famine globally. For the fact that today 2bn people do not have access to clean water. That 500m people have no access to any form of medical facilities. To the bitter truth that a child dies every second on our planet due to hunger. The reality is that the paradigm of the political establishment has not caught up with the scientific paradigm. So much so that we are misdirecting our science and resources into unjustified wars, and building weapons which can extinguish our world several times over. Rather than on curing cancer, mitigating human suffering and discovering the potential of what it means to be human. Each of us will live for maybe 3500 weeks. At any moment this life may be taken for us by one incident or another. Why should be expend so much effort and energy on competing and fighting one another when ultimately we will all end up covered by the same soil? The billions we spent in invading Iraq caused perhaps a million deaths and untold suffering of millions of innocent women and children. Instead those billions could have built an abundance of space age hospitals, schools or taken medical research to the next level.

Life itself, the fact that me and you are here existing and breathing is the greatest gift, the greatest miracle.

“Thousands of candles can be lit from a single candle, and the life of the candle will not be shortened. Happiness never decreases by being shared” Buddha Greek Orthodox Easter celebrations culminate in the manifestation of the Holy Fire at the end of midnight mass. The head priest would declare … END_OF_DOCUMENT_TOKEN_TO_BE_REPLACED

For inquires or to contact me with any questions regarding this website, please complete the quick … END_OF_DOCUMENT_TOKEN_TO_BE_REPLACED